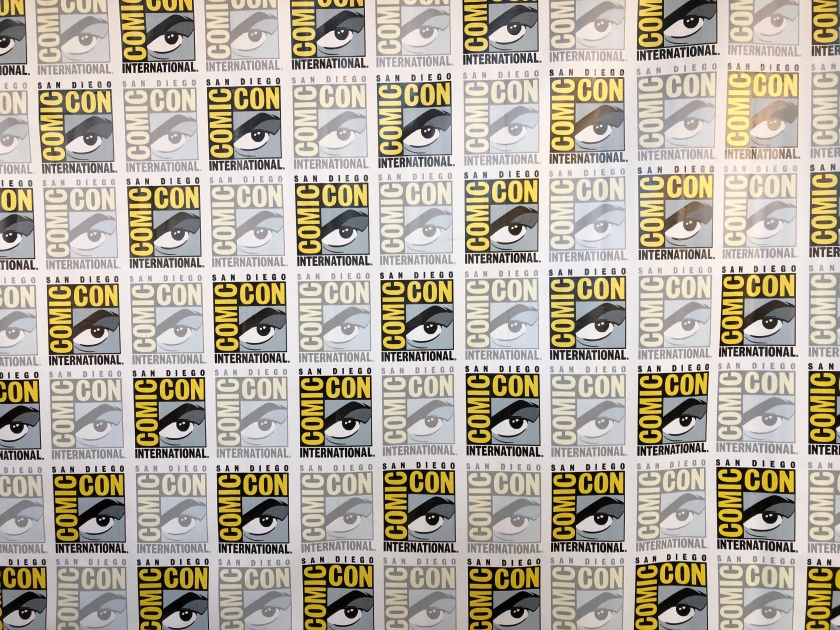 I went to Comic Con with my nephew! Does this get me extra cool aunt bonus points? 🙂 We got tickets for two days and spent our time between the expo, panels, and waiting in line.

My sister dropped us off near the San Diego Convention Center to avoid traffic. While walking to the convention there were bursts of Comic Con all around, including a Bob’s Burgers carnival and robots! The convention takes over the whole convention center plus parts of the Gaslamp Quarter with extra activities in nearby hotels and businesses.

Each day we sat in two panels. On our first day we went to a film school panel on preproduction (screenwriting, scheduling, location scouting, growing your crew, and accessing equipment). We also went to a panel about Filipino comic book artists. On our second day we went to the Riverdale cast Q&A session and a panel with comic book illustrators – they talked about their comic illustration process. If I ever go again, I’d like to attend more panels and learn all the things!

On the first day, we waited in line for almost two hours for pre-paid merchandise. OMG, never do this! And we logged lots of steps throughout the convention. Big ups to the traffic controllers who keep the people movin’ in the halls.

In the expo area, there were lots of life sized figures and backdrops for photo opportunities. Some booths had interactive displays, too. The Crank Yankers booth had telephones where you could listen to crank calls; the Krusty Krab had games and custom t-shirt making.

They also feature artists and makers at the expo. I got to visit Liana Hee‘s booth and see her mini mermies up close! Plus, my friend Genevieve was there with her le Petit Elefant collection.

There were cinema make up demonstrations and famous people signings – I spotted Willie Ito! And on our second day, I brought along my niece and youngest nephew. When we checked them in, we all got fun bags.

More expo things! There were all kinds of collectables. ‘Exclusives’ are a big deal at Comic Con, and people wait in line even just for a chance to purchase exclusive items.

There were film and TV props, and how can I forget the costumes! I didn’t take many photos of costumes because I was too overstimulated with everything else to look at, but here’s Baymax!

My favorite thing at the expo though: this giant Funko Pop Thanos! It’s gigantically adorable.

What an experience! If I were ever to do Comic Con again, I would stick with going on Day 1 and possibly Day 2 – the presumably less crowded days. The last day gets extremely crowded because apparently it’s the day everyone brings their kids (it’s family day and kids 12 and under are free!). It’s such a fun place to discover new artists and to hear about comic, film, and TV from people in the business.

Oh, and it was so fun to dress up! More on my Comic Con costumes later, but in the meantime – here’s my mini haul: Liana Hee lanyard, print, and stickers; Genevieve Santos stickers (always!); Mexpressions Ink patches and tee (for my nephew); plus a pennant I made for the occasion.

Have you been to Comic Con? Tell me your favorite parts and secret insider tips! 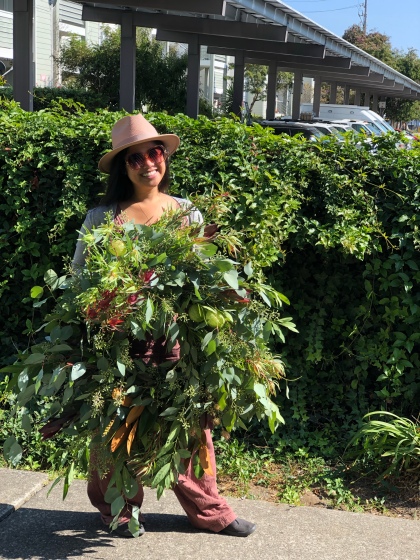 What happens when you haven’t created with your hands in over four months and you sign up for your first in person creative workshop in over a year and...